Dealing With Schadenfreude In The Workplace 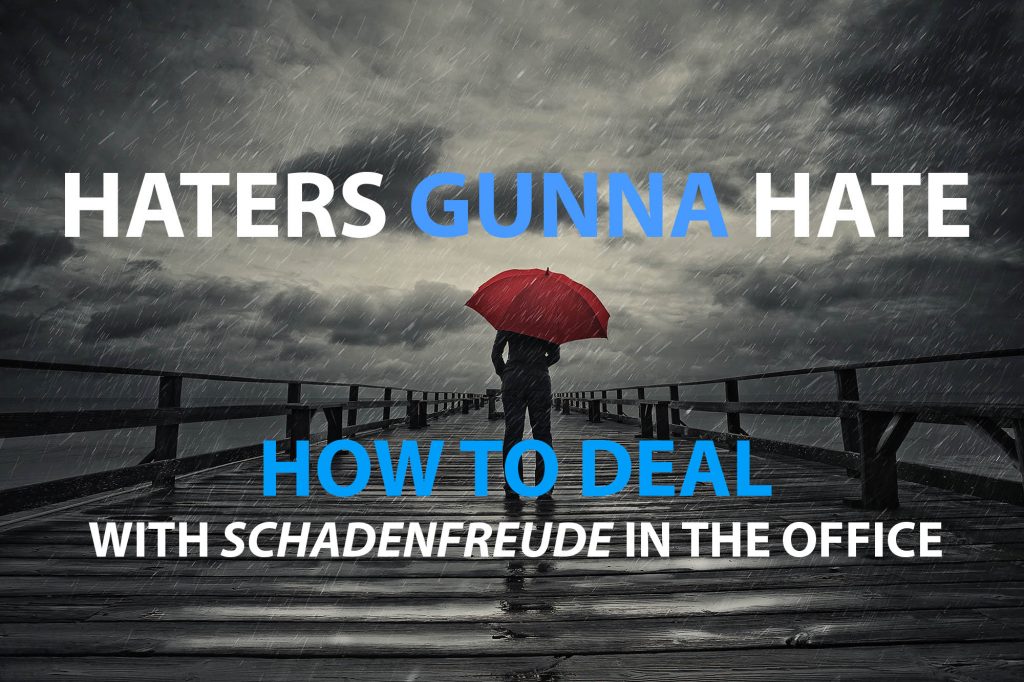 I have that Jay-Z song with Kanye in my head (Hate) where you keep hearing “haters, haaaaters, haters…” in the background.

Something you realize over time as you become more successful is that people want to see you fail. Believe it or not, even your friends and family may get pleasure in seeing you fail if you were once doing well.

So, if some of your friends and family want to see you fail, how do you think those co-workers feel about you? Those competing for raises and title bumps especially.

Then you have the haters that are the negative dark clouds of doom who are never happy and drag everyone down. You’re not even competing with them but ooooh hell they want to see you fail too.

Behind your back they are saying “I wish he\she wouldn’t work so hard, it makes us look back!”

1.       While they may be all up in your shit, focus on minding your own business. Put your head down, put the work in and leave everyone else behind. Those caught up trying to drag others down won’t be that hard to leave behind because they are focusing their energy on non-productive shit.

2.       If you must play politics, do so in a well calculated and strategic way. As Robert Greene note, know when to be bad. (catch the Robert Greene video below to learn more)

3.       Stay out of gossip, and anything heard second hand pay no attention to. Yeah part of it is true, so deal with it. But you never know which part is true and who said what, so keep moving.

4.       If you find other workers are undermining your progress \ projects, document things well and use email to cover your ass. Everyone dislikes playing this game, but you can’t bitch about the rules of the game, only play them perfectly.

5.       Use the critics as a source to improve your work. The criticism comes from somewhere, and maybe you deserve the critiques. While they were doing it just to put you down every chance they get, you can use it as a crowd sourcing tool to make your work even better.

It’s pretty simple. Those that want to drag you down or just want to see you fail, it’s more about them than you so don’t take it personally.

That’s why I say put your head down and mind your own business when you can. When you are focused you are unstoppable, don’t let those external forces affect you.