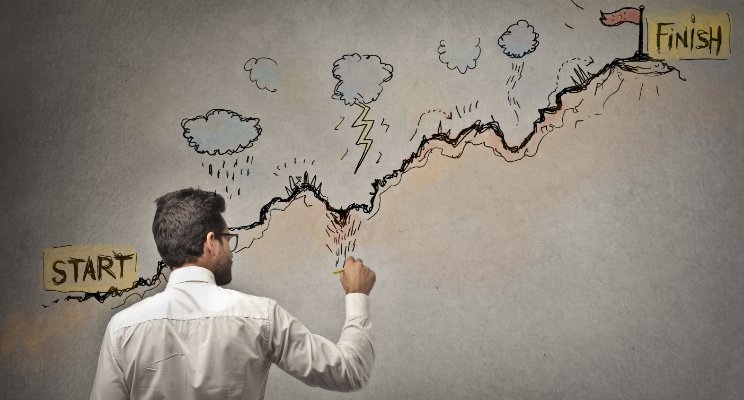 The 2017 Super Bowl is the best example I can give anyone at the moment of what it is like to be an entrepreneur. On LinkedIn you see an endless series of graphics showing the ups and downs of success, usually a comic, but for those at the helm it is never funny (I included a similar graphic for the hell of it.) What you watched last night was a team and quarterback with a knot in their stomachs for most of the game. In fact, it wasn’t even a game for a long time, it was a blow out. Tom Brady had to be thinking to himself: “Is this really how it is going down right now?” After getting stomped on for most of the game, the tides changed and well, you know the ending. Nearly every entrepreneur knows this feeling. Everyone that has been in the startup game has felt this once, if not 10 times. You’re on the edge of failing, your company is about to go out of business, you’re down to a couple weeks of working capital, you’re hoping that a new funding round closes in time, and that a customer actually pays somewhere close to the NET 120 terms they had to have to become your customer, just so you can make payroll. From FedEx during their startup days to the bakery down the street, most entrepreneurs know this feeling. The game last night should tell you exactly how you need to think about today. That even when you’re getting your ass beat, you should keep grinding and find a way to win. Many small businesses fail because they get sucked into their own self-pity. They keep asking themselves “Why did this happen to me” instead of fighting to see another day. Feeling sorry for yourself may land you a couple of “keep your head up” tweets, but self-pity will never lead you to victory. Perseverance is king in 2017. Bad things will happen even during good times, and even worse things will happen during bad times. Keep grinding, keep hustling, never give up, and don’t become someone’s “told you so.”